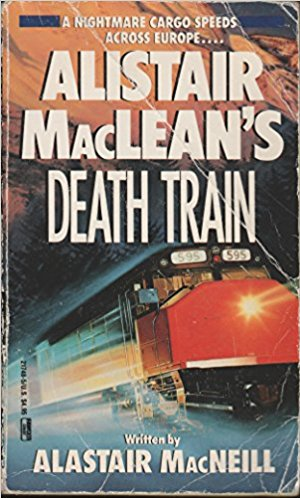 Death Train, is a far-fetched thriller― a train journey far from smooth, as villains set out to deliver a dangerous wagon load while a team from UNACO – an international police force, set out to stop them. Written after the death of Alistair Maclean and contrary to the large misleading print on the cover, this was a novel written by an Alastair MacNeil (set out in small print).  The plot though is based on an Alistair Maclean’s story line and could have been a best seller, but needed Maclean’s expertise in making the story plausible. This story fell well below the standard one would expect from Alistair Maclean.