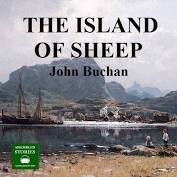 Similarly to his classic, Thirty-nine steps, this book contains adventure, danger, heroes and villains and at times is a hard book to put down, though at others a somewhat difficult book in 1930s English to read. The plot involves a sworn oath between Hannay, Lombard, and the older Haraldsen in which the former two assisted by Lord Clanroyden are called upon when the younger Haraldsen is faced with the prospect of evil intentions by dangerous villians to dispossess him of his immense wealth. From this point the story progresses from demands to threats, blackmail, kidnapping and open warfare and is somewhat far-fetched, though there are great descriptions of various landscapes.

While this book falls well short of the story line in thirty-nine steps, it is well written and well worth reading.